Inspired by Sankou-tourou, the three lights lantern included in the original teahouse design, I created a room of the sun and a room of the moon and stars. In the room of the sun, located in the Buka-an tearoom, I created an installation inside an existing niche. I painted a ghost-like sun image on acetate working with tree resin, turf ash and Indian yellow. A page of acetate suspended over a gesso surface moves with the wind or a viewer's breath, creating an undulating image of the sun. Below, a shadow projects onto a field of marble dust. The whole formed by the actual paintings and their shadows evoke reunion of solar radiation absorbed by the upper atmosphere with the light that actually reaches us.

In the room of the moon and stars, OMPHALOS, a stoneware sculpture uses light and the smoke of burning incense to project a wavering image of the doubled full moon onto two suspended layers of cloth. At rear, three paintings create constellations that support the whole.

Brought from Kyoto, the Ippaku-tei teahouse was installed in 1960 to commemorate the 100-year anniversary of relations between Japan and the United States. The teahouse was open to the public for the first time for the THREE WINDOWS: sun, moon, star exhibition, organized by the JICC, the Embassy of Japan. 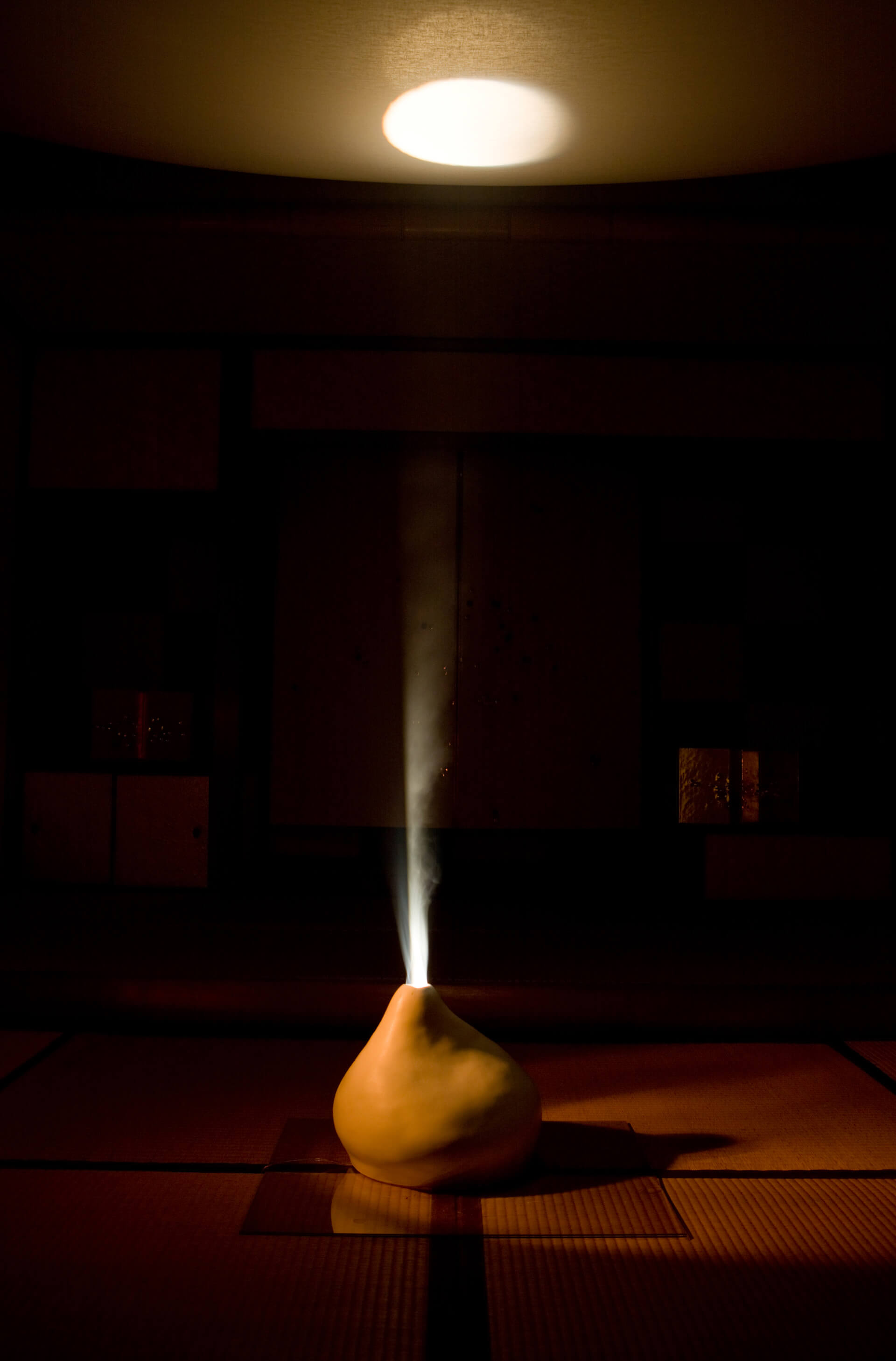